Navigating Asperger’s and reflecting on other learning differences

SHIFT HAPPENS: Letting go can make all the difference

I was recently speaking with some college students about cognitive rigidity and transitions. We were discussing how, as a young adult on the autism spectrum, shifting to the next stage of their life can be difficult for not only themselves but also their parents. I asked them to attempt to take perspective of the situation their parents are facing.

A student in the group raised his hand and stated, “Shift happens!” Everyone in the room had a good laugh. The next day I ordered a dozen or so tee-shirts with the phrase “Shift Happens” in big bold letters across the front, and presented one to the student who had so wittingly coined the phrase.

Those of us who work with young adults with ASD (autism spectrum disorders) are often stymied by their rigidity. In addition to teachers and other professionals, it’s important for the parents role to change as their son or daughter transitions or “shifts” into the next stage of their life. The symbiotic relationship that develops in early years between a parent (usually a mom) and their son or daughter with a learning difference needs to evolve and change. These young adults need to be given the opportunity to take the lead and advocate for their needs. Many times they are more capable than you or I even know.

I call this “cutting the steel umbilical cord.” It has to be cut from both sides with a diamond blade. If a parent persists with the same supports they provided for their son or daughter in junior high or high school, it can actually work against the student’s progress.

The fact is, the more a parent slowly lets go, the better the student does. The key is being able to teach the student to self-actualize. They need to become their own advocate as they shift to the next stage in their life, and the earlier the better. Whatever they can start to do for themselves, let them do it. Show them, don’t do it for them.

The biggest problems occur when a parent folds their life around their student and develops their own emotional need to be involved. While this is an important part of parenting a child, it can dis-empower a young adult and may lead to “learned helplessness”. Many parents I speak with have the same worry, that their son or daughter may end up living at home playing video games until they are 35. What I am speaking about is a classic example of a ‘less is more’ type of approach; ‘being” rather than “doing’.

It is a real art to know when to help, how much and for how long. Parenting a young adult on the autism spectrum can be challenging and there are no easy answers. Parents can ask themselves when should their son or daughter need to feel the pain or the repercussions of their actions? When should they step in or sit on the sidelines?

The sayings ‘calm mom, calm child’, ‘flexible parent, flexible student’ ring true. Taking care of oneself is crucial. You cannot give something you don’t have to someone. You are useless to another person if you are anxious, fearful or controlling. Parents can transmit this fear and anxiety.

An adolescent with special needs benefits from a parent who is healthy and clear minded. If parents take proper care of their own personal needs, they will be in a better position to help their son or daughter make the shift to independence. By modeling a peaceful, healthy lifestyle and resisting the urge to continually step in and fix problems for their son or daughter, their young adult will have the best chance for long term success.

When a young adult is beginning to shift or transition to the next stage, a parent can slowly let go and focus on taking care of their own needs. Like the flight attendants say “put your mask on first before your child’s”.

Michael McManmon, Ed.D., holds a doctorate in special education from the University of Nevada/ Las Vegas, a masters in Counseling from Shippensburg University and a masters in Human Development from the University of Kansas. He is the father of seven children from 45 years old to 6 years old. His oldest child was the first interacial adoption in Nevada History. His youngest child is also adopted and has Autism and ADD. He has eleven grand children. He is the founder of the College Internship Program and works with students with learning differences and Asperger’s syndrome. McManmon has worked on curriculum development, staff training, program evaluation, and administering community based programming. He has an inside perspective as he himself was diagnosed with Asperger’s syndrome and grew up in a large family with several individuals on the spectrum. He speaks nationally and internationally on topics related to the CIP curriculum and Aspergers Syndrome. His book Made for Good Purpose: What Every Parent Needs to Know to Help Their Adolescent with Aspergers, High Functioning Autism or Learning Difference Become an Independent Adult was released by Jessica Kingsley Publishers early in 2012.

Dorothy, if one day my son now six get to express his feelings as good as you are right now i will be a happy mom. he might! working hard 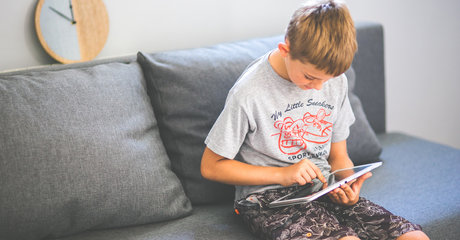 How Words Can Reduce Behavior Breakdowns for Kids with ASD 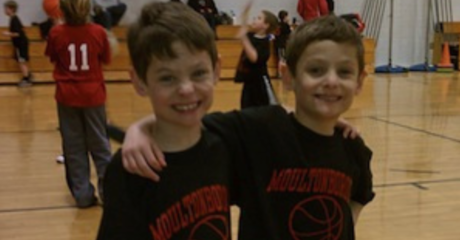 Embracing the Positives & Exorcising the Negatives around Autism

Get the latest articles about autism sent to your inbox.

Thank you for signing up.

close
ABOUT AUTISM TYPES DIAGNOSIS BEHAVIORS AND SYMPTOMS TREATMENTS RESOURCES
New to MyAutismTeam? Learn More
Quick Links
Q+A Treatments A-Z Resources Provider directory Are you a provider? Crisis
About Us
What is MyAutismTeam? Partner with us Terms of service Press/News Privacy policy Cookie policy
Help With This Site
Getting started FAQ Community guidelines Contact us

Get the MyAutismTeam mobile app

© 2020 MyHealthTeams. All rights reserved.
MyAutismTeam is not a medical referral site and does not recommend or endorse any particular Provider or medical treatment.
No information on MyAutismTeam should be construed as medical and/or health advice.